'The Wish' is a story about a young boy's fantasy in which his carpet is alive with snakes and fire written by British short story writer.. 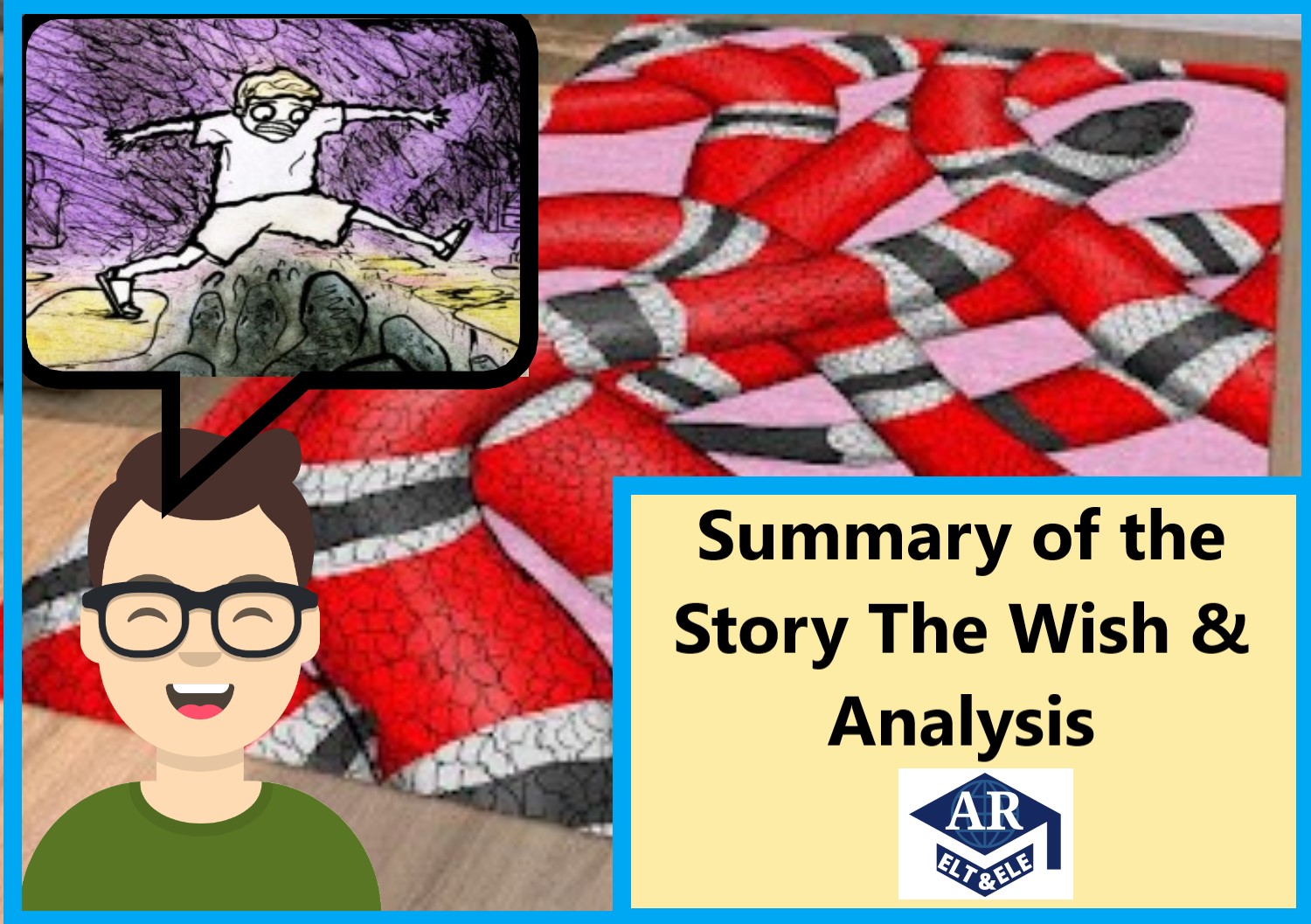 The story ‘The Wish’ has been written by a British novelist, short story writer and screenwriter Roald Dahl. The main character of the story is a child. It is about the imagination of the main character. Using imagery and metaphor, Dahl uses the character of a curiously imaginative young boy to help us reflect on the delicacy of our childhood innocence. In the beginning, we find a boy who is unnamed. He is looking at his kneecap’s scab. It is an old cut and its scab is brown. He examines around the edges of the scab, pulls out the scab from the wound, and throws it away. The scab falls upon the edge of the carpet. The carpet is big and has different colours which attract the boy. Then the boy starts to make his own imagination.
Here, the carpet denotes a conflict, causing to suffer for the wrong choice. It points out the lesson that only the right decision and hard labour lead to the right path to fulfil our needs and desires. The boy imagines that the red squares of the carpet are red-hot lumps coals and the black parts of the carpet as poisonous snakes, whereas the yellow colour is only the colour where he is allowed to walk on and it is safe for him. By keeping these imageries in his mind, he starts to play a game. According to his rule, the snakes will bite him, and burning coals will burn him if he touches them. He makes up a story that he can go forward walking only on the yellow parts. If he gets inside, he will be rewarded with a puppy. While trying that out, he loses his balance and his hand falls on a black 'snake'. He cries out.
Actually, this is a story about self-confidence overcoming fear. The scene before him as witnessed through his emotionally participated mind is vivid and suspenseful. The story ends with his mother looking for him far away behind the house. This story has presented the setting of the house, the front door's stairs and inside the hall where the huge red carpet has been placed. This imaginative game is about crossing the hall's red carpet walking on the right colours and reaching inside from outside in the front door’s stairs.

Who is the writer of the story The Wish?

Roald Dahl (1916-1990) was the writer of this story.  He is a British novelist, short story writer and screenwriter. He was born in Wales to Norwegian immigrant parents. He spent his childhood in England and, at the age of eighteen, went to work for the Shell Oil Company in Africa.
When World War II broke out, he joined the Royal Air Force and became a fighter pilot. At the age of twenty-six, he moved to Washington, D.C., and began to write. After establishing himself as a writer for adults, he began writing children’s stories in 1960 while living in England with his family. He is now considered one of the most beloved storytellers of our time. His fantastic novels include James and the Giant Peach, Matilda, Charlie and the Chocolate Factory, and many more classics for children, along with short stories for adults.

Short Analysis of the Story